Titled the American Health Care Act, the legislation calls for providing refundable tax credits based on a person’s age and income. It keeps the Obamacare protections for those with pre-existing conditions, but it allows insurers to levy a 30% surcharge for a year on the premiums of those who let their coverage lapse. It lifts the taxes that Obamacare had imposed on the wealthy, insurers and prescripti

on drug manufacturers. And it loosens one of the law’s strict insurance reforms so that carriers can offer a wider array of policies that pick up less of the tab for getting care.

Here’s who would likely lose under the Republican Health Care Bill:

Lower-income folks could be left uninsured

Obamacare contains many provisions to help poor and lower-income Americans. It expanded Medicaid to cover adults who earn

Also, those with incomes just under $30,000 receive generous subsidies to lower their premiums, deductibles and out-of-pocket costs on the individual market. Please see charts if you are not insured click here now before subsidized Insurance goes away.

Older Americans could have to pay more

Enrollees in their 50s and early 60s benefited from Obamacare because insurers could only charge them three times more than younger policy holders. The bill would widen that band to five-to-one.

Also, the Republican HealthCare ( Trump Care) bill doesn’t provide them as generous tax credits as Obamacare. A 60-year-old making $40,000 would get only $4,000 from the Republican plan, instead of an average subsidy of $6,750 from the Affordable Care Act, according the Kaiser study.

The sick could get coverage, but it could be more limited

The Republican HealthCare plan actually provides stronger protections for those with pre-existing conditions than some prior Republican proposals. Like Obamacare, it requires insurers cover these folks and prevents carriers from charging them more because of their health.

But the would lift the requirement that insurers cover a certain share of the cost of getting care. This change would allow carriers to offer a wider selection of policies, including more with higher deductibles and co-pays. That could make it more difficult to find plans with low deductibles that the sick often want.

(However, the bill does not lift the Obamacare health care provision that limits how much enrollees have to pay out of pocket each year. For this year, the maximum is $7,150 .)

Here’s who would likely win under Trump Care: 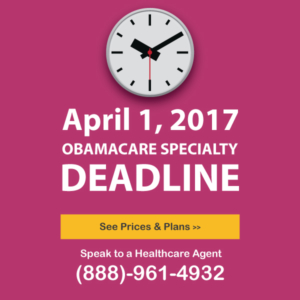 Younger Americans could get cheaper plans

Obamacare was designed so that younger policyholders would help subsidize older ones. That would change under the Republican health care bill because it would allow insurers to charge older folks more.

This means that younger Americans would likely see their annual premiums go down. Enrollees age 20 to 29 would save about $700 a year to $4,000, on average, according to the Milliman study for the AARP.

The Republican Health Care Bill  would open up such policies to everyone and allow enrollees to use tax credits.

Higher-income Americans could get tax breaks and perks

The legislation would eliminate two taxes that Obamacare levied on the wealthy to help pay for the law. Nearly everyone in the Top 1%, who earn more than $774,000 a year, would enjoy a hefty tax cut, averaging $33,000, according to the non-partisan Tax Policy Center. Those in the Top 0.1% would get an average tax cut of about $197,000.

Insurance companies could get a big tax break

Obamacare allowed insurance companies to deduct only $500,000 of their executives’ pay as a business expense. The Republican Health Care bill would repeal that limitation, starting in 2018.

Top insurers pay their leaders millions in compensation every year so this provision could mean a nice tax savings for the companies. Source CNN Monday

Our opinion even if Obama-Care is flawed which it is, this Republican plan looks like Health Care we used to have before Obama Care -High Premiums on Insurance , People who need the help the most will not be able to get it. The best approach would be to reform Obama-Care to allow open markets and allow people to choose what type of plans they want have no mandates requiring people to get insurance. Work with Health Care Providers, Drug Companies to bring cost into line across the board. Health Care is complex subject that effects us all.

If you currently do not have Health Insurance this is the best time for you to get it.

Get A Health Insurance Quote before Rates Rise